Global headwinds such as resurgent interest rates and pandemic induced supply chain difficulties may have led to a cyclical downturn in share price fortunes for listed greentech companies lately, but the rivers of private capital pouring into the sector continue unabated.

Industry commitments to reaching net zero carbon by 2050 are growing, bolstered by the trend toward embedding ESG principals into corporate decision-making and the likelihood of government interventions for non-performers. So the green transition is happening faster than most people are aware. Industry leaders like former Bank of England CEO Mark Carney last year announced an alliance of investment firms to set its sights on facilitating the staggering $100 Trillion in investment estimated to be needed for decarbonisation of the global economy over the next two decades.

So with new climate based investment funds launching almost weekly and private equity investors taking a 40 year view, the future remains very bright for the emerging “greentech” sector. The definition of greentech covers just about any industry involved in directly or indirectly reducing emissions of greenhouse gases including renewable energy, alternative transport and new foods. It’s a space that many New Zealand firms could comfortably fit into. For example Taupo based Geo40 that has begun extracting high value lithium salts from geothermal waste water, for use in electric car batteries. ThincLab alumni such as Berkano Foods, Kea Aerospace and Zincovery have also been playing their part directing us toward a greener future.

Estimates vary depending on analysis methodology but it has been estimated that around $100 Billion in fresh investment went into American and European companies working on decarbonisation technologies across 2021 according to a report by PWC. Research firm BloombergNEF stated that over half of that investment went into startups. Venture capital funds are now allocating 14% of their capital into the sector on average. But more significantly, some of the largest global investment funds have begun to sell down holdings in polluting industries, in favour of reinvesting in climate friendly businesses and infrastructure projects.

ThincLab Canterbury works with a number of companies in cleantech and is a delivery partner for the 2022 Food, Fibre & Agritech Supernode Challenge. We are committed to showing environmental and sustainability leadership through supporting our client companies. If you have a scalable, technology based solution that addresses environmental problems or decarbonisation, please contact us for advisory support with strategy, partnerships and capital-raising.

A recent report commissioned by Callaghan Innovation sheds light on the opportunities to lead in the commercialisation of technologies that mitigate greenhouse gas emissions and it delves deeply into how New Zealand “climate tech” businesses can succeed on the global stage. New Zealand Climate Tech For The World articulates the global context and invites the local innovation ecosystem to rise to the challenge. At 209 pages, it is quite a big read. ThincLab Canterbury research commercialisation advisor Paul Spence summarises some of the key points here. 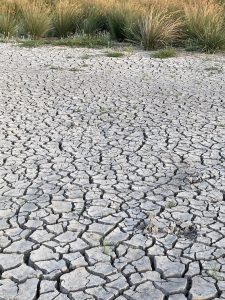 There a numerous ways of measuring the “innovativeness” of an economy, but levels of venture investment tend to receive an overwhelming level of reportage compared to other indicators. Climate tech sectorial innovation is no exception. The numbers are certainly staggering. The Economist recently reported that $500 Billion in capital was invested into the “transition economy” in 2020 alone. That comes as no surprise because whilst climate tech is a huge economic opportunity driven by a critical set of environmental problems, the capital requirements of the sector are substantial. So indications in the Callaghan report that climate tech innovators in New Zealand have raised only a tiny fraction of the investment funding compared to other comparable “small, advanced economies” must be concerning.

Furthermore, historically most funding has been raised by later stage businesses, with Lanzatech essentially being the only substantive project during the last few years. That company has raised over $400 million in capital to date, in its bid to capture industrial waste gases and reconvert into fuel stock. But Lanzatech has been domiciled in the United States since 2014 because the local investment landscape at the time was not ready. A lot has changed since then. How can New Zealand leverage the vast amounts of global capital currently pouring into this space, retain intellectual property and create value for the local economy?

For starters, the report cites the lack of multi-national companies residing in New Zealand as a brake on raising investment and developing partnerships. So this requires a sustained and intentional global engagement by the innovation community and a strong focus on solving key problems for offshore partners. The report goes on to illuminate the three stages of the entrepreneurial journey – R&D/commercialisation, financing and connection to demand. An assessment is provided on how the New Zealand innovation system is delivering in comparison to other small advanced economies such as Israel, Sweden and Finland. The report illustrates that New Zealand consistently lags behind the others in the commercialisaion of climate tech. Predictably however, we do a lot better when a similar analysis is done on agriculture and food sector innovation, illustrating that there is certainly ability to improve.

The report is at pains to point out that other small advanced nations that have successfully launched innovative climate tech industries have done so through a wider process of investing in ecosystems of innovation, rather than backing companies one-by-one. In New Zealand we have a legacy of “picking winners” rather than building capacity across industries. This is slowly beginning to change however. A good example is our government’s recent laudable enthusiasm for promoting an aerospace industry. In fact “sustainable aerospace propulsion” gets a mention as a promising new vertical.

So what other responses are needed to take advantage of the global opportunities in the transition economy? The report suggests a greater emphasis on cross-sector collaboration. A return to nationwide clustering efforts is recommended in order to better utilise knowledge spillover effects. A much stronger focus on researching and growing global demand-side through strategic relationships is also flagged. “New Zealand, as a small, innovative economy that is geographically isolated from much of the world, must use innovation resources efficiently”, say the report authors. Increasing the visibility and attractiveness of the local ecosystem to global players seems instrumental. As a starting point, the report suggests low emissions agriculture (including agritech digitalisation) and geothermal energy as initial focus areas where there is already considerable local expertise. Although these are certainly not the only growth areas.

The report suggests that some technologies are remaining undeveloped in the lab because researchers are being discouraged by too many barriers to success. Obstacles include lack of business knowledge, scarcity of follow-on research funding and time constraints on busy academics. Tailored business advisory support from ThincLab Canterbury can help researchers and entrepreneurs overcome these hurdles and unlock real value. Funded by Callaghan Innovation and ChristchurchNZ, ThincLab does not charge fees or take equity. There’s never been a better time to become an environmental entrepreneur.