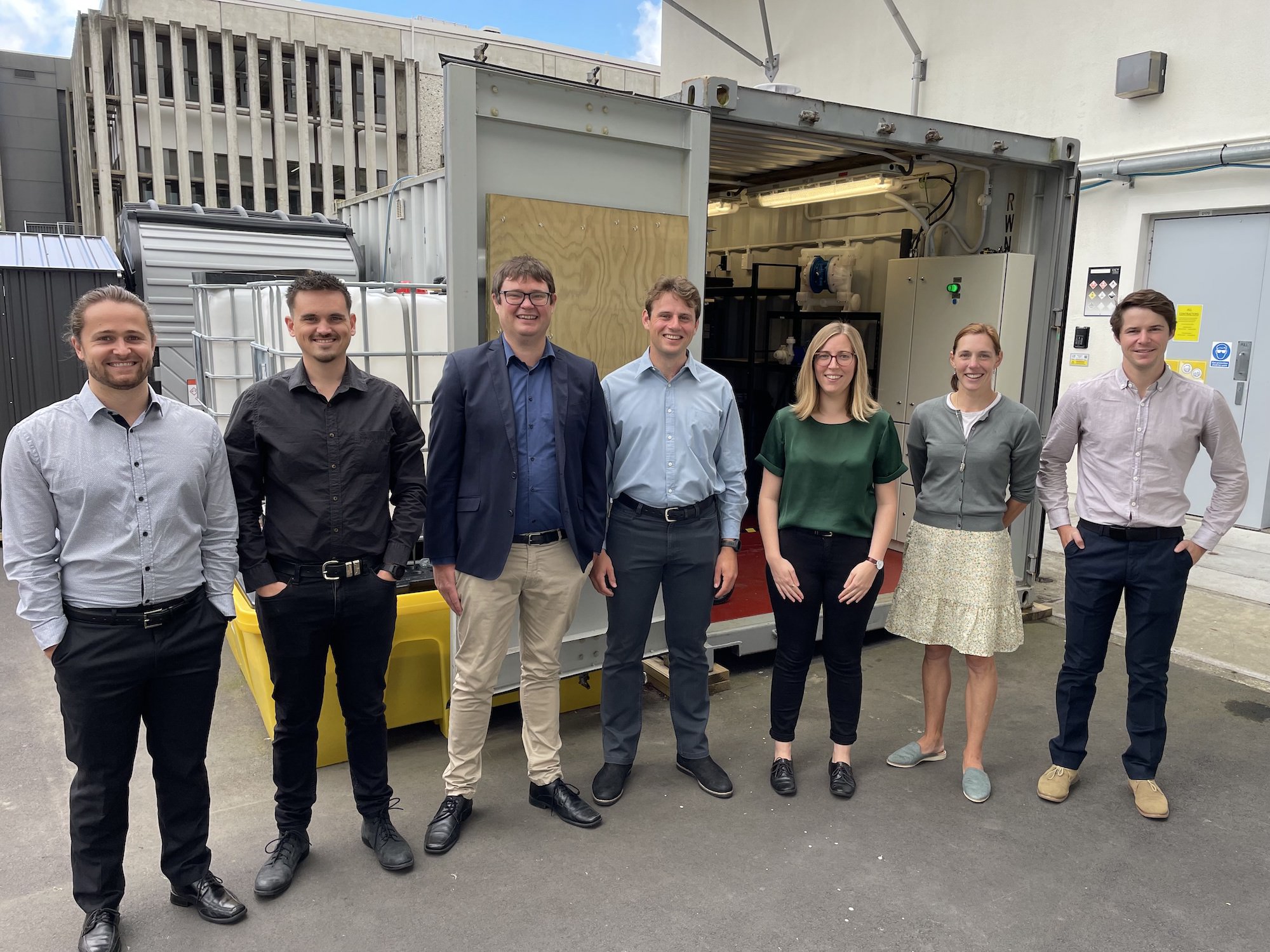 A little over two years ago when University of Canterbury cleantech spinoff company Zincovery won the prestigious C-Prize competition, nobody would have fully anticipated the journey that was about to unfold. Now with several million dollars in venture funding in hand and a solid commercialisation pathway planned out, the future looks bright.

Zincovery, founded by Associate Professor Aaron Marshall and chemical engineer Jonathan Ring, began life as a research project looking at how to extract zinc from toxic industrial waste. Encouraging early laboratory results led the pair to initially focus on galvanised steel manufacturing as a target customer. But it was soon found that the cost of recovery would exceed any economic benefits. This led to some further customer discovery work revealing that remediation of scrap metal furnace dust was a major environmental problem needing solving and that the Zincovery process could be the solution.

This opened the door to a potentially much larger global market, with Zincovery technology offering a lower energy and lower CO2 output means to recovering valuable zinc from industrial smelters all over the world. Unsurprisingly, at a time when the spotlight is very much upon solving environmental problems, the company’s recent capital raise was oversubscribed at $3 million and included participation from investor luminaries such as Icehouse Ventures and Climate VC Fund. Zincovery has now grown to a team of seven (see photo), and is hunting for a business development guru and an additional research scientist as it works on delivering the solution on an industrial scale.

Jonathan Ring says having a supportive board helped during their pivot. Developing a new strategy and communicating to your stakeholders is critical, he says. “There is always a possibility of failure, but it is also important to explain why you are optimistic of success.  Then go ahead and execute on your strategy whilst keeping a level head.”  He adds that, “ThincLab was our first sounding board for business strategy and ideas before we had our formal board of directors in place. It is critically important for founders to get external advice, to help grasp the bigger picture.”

ThincLab delivers business advisory to growth stage companies and research based ventures with the support of regional economic development agency ChristchurchNZ. Apparently backing the local innovation ecosystem has begun paying off. Startup Blink recently announced that Christchurch has risen into the top 250 startup cities globally. On the current trajectory, the city could eventually be New Zealand’s top destination for high tech startups. That would be a significant milestone in a world where competing for talent and capital is incredibly challenging.