Whatever your opinion of the world’s most popular social media platform and its founder Mark Zuckerberg, one thing is for certain. Facebook is throwing the kitchen sink at reinventing itself. But is this a truly paradigmatic shift and what does it mean for startup tech companies on our side of the planet? 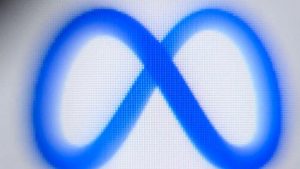 Facebook has recently become Meta. All divisions of the company including Facebook and Instagram will operate as separate but related entities under the Meta brand. This mirrors a similar move by Google in 2015. However the reasons for Facebook’s move are different. Six years ago Google came under investor pressure to increase transparency about how it was creating value from various “blue skies” projects within the brand. But in 2021, Facebook has quite different challenges on its hands.

With U.S. regulators taken increasing interest in the adverse effects of online social media monopolies and a marked demographic shift already taking place across its primary platform, Facebook is getting ahead of some serious existential threats, before its shareholders become agitated. Legislator and public discomfort over the enormous power and potential harm of social media has been on the rise for years, but growing levels of pandemic disinformation and frightening revelations about the role of social media in U.S. politics finally prompted a refocus.

The reshuffle is also driven by the fact that Facebook’s user base is growing older and engagement with lucrative younger audiences is rapidly decreasing. It’s no surprise, given that young people are becoming increasingly wary of manipulative algorithm driven content that paints a sometimes brutal and confronting picture of the world they will inherit. Enter the Metaverse. In the face of highly sticky and fun competitors such as Tik Tok and Snap Chat, Zuckerberg is betting on developing a virtual reality world to put a new gloss over the Meta stable.

Of course there is nothing new at all about virtual worlds. But timing is everything in tech and as lockdowns and working from home became normalised, this has renewed interest in virtual environments for business, education and play. There are also new and interesting ways to monetise such platforms now. SmallWorlds was a browser based virtual environment founded by two Aucklanders, that previously had integrations with Facebook, Youtube and Hi5. But sadly the company shut down in 2018, despite a cornerstone investment from Disney. Now with almost universal broadband and high speed mobile and a plethora of fantasy worlds on offer, online gaming has the young adult market covered. Facebook’s Metaverse is clearly seeking a piece of this action.

Interest in online communities will continue in one form or another and virtual reality is the next logical phase of evolution, despite having a chequered history. If nothing else, SmallWorlds proved that New Zealand based developers can deliver extraordinary products and partner globally. Facebook may eventually dominate the mindscape, but perhaps not the entire market. Other operators will be looking to acquire creative talent in this space soon enough. That’s an opportunity for agile, local teams with big ideas.

ThincLab Canterbury advises scalable businesses that have global aspirations and offers the best connections into the research, innovation and investment ecosystem. If you are working on AR/VR, gaming, blockchain, fintech or other digital products and services please contact ThincLab Canterbury for advisory support. Thanks to funding from Callaghan Innovation and ChristchurchNZ, we do not charge fees or take equity.