AUKWard – Why It’s Time For Business To Revisit Europe

Asia-Pacific has been the focus of New Zealand’s trade and investment strategy for the past 25 years. But rapidly shifting geopolitical poles may reignite interest in doing business with Europe, a market of around 450 million that is culturally aligned with New Zealand. Building on our regional relationship with France may be one avenue to economic re-engagement suggests ThincLab advisor Paul Spence. 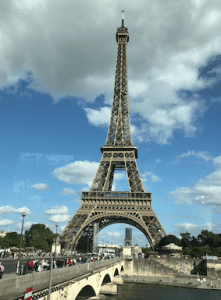 In July 1985 agents of the French state set off two bombs on the Greenpeace protest vessel Rainbow Warrior at its mooring on the Auckland waterfront. The French government ultimately admitted responsibility and paid compensation to those affected; but only after mediation through the United Nations. This shocking breach of sovereignty was never forgotten and indirectly fomented decades of antipathy and mistrust between New Zealand and France, especially in matters of trade. Importantly the lack of a constructive response from our traditional allies, Britain and the United States ultimately led to New Zealand taking a much more independent strategic direction in terms of defence and trade policy.

Fast forward to 2021 and a great deal has changed. With the geopolitical and economic centre of gravity drifting towards the Indo-Pacific region, new alliances are forming that will have implications for many years to come. The recent announcement of a technology transfer deal (AUKUS) that sees Australia acquiring nuclear propelled submarines, makes a lot of strategic sense for the participants. A crumbling America urgently seeks to rebalance power dynamics in the Pacific region after four years of neglect, Britain is desperate to remain globally relevant and Australia requires credible countermeasures of its own. But the secretive deal reportedly caught French (and NZ) politicians by surprise, as Australia had all but agreed to a sales deal with France.

In the meantime, as Western influence in Central Asia implodes, China and Iran are building bridges as the modern day Silk Road edges westward. Political alliances ebb and flow – global trade patterns will inevitably follow. Staking our trade future on a single geographic region suddenly seems less sound. So what are the trade implications for New Zealand and how should this influence our business thinking as entrepreneurs? The “why” question is certainly easy to answer, since there has never been a more important time for nations to work together to solve the potentially existential threats that face us as a species.

Traditionally, company founders have trod a well worn path to the U.S. and Australia in the hope of securing investment and opening offshore markets. No surprise, having been largely excluded from fortress Europe for decades. But perhaps it is time to revisit this mindset? In an effort to regain some control of the narrative at least, both (post-Brexit) Britain and the EU are seeking to form new relationships for trade, research and investment. As old alliances dissolve, so new relationships will crystallise. Outside of Asia-Pacific, where do new opportunities lie for New Zealand business?

Perhaps it is time to look beyond America and once again consider what Europe has to offer? With our emerging expertise in agritech, cleantech, aerospace and digital services, New Zealand already positions nicely for high value European markets, where there is currently no shortage of financial capital and protections for intellectual capital are strong. We could also certainly learn a great deal from the approach of EU states that have been diligently fostering research, science and technology commercialisation clusters and cultivating dozens of vibrant startup ecosystems for years now.

France continues to have a strong presence in the Pacific and will no doubt desire to consolidate relations with its island neighbours further in light of the AUKUS declaration. Notwithstanding the difficulties of the past and bearing in mind the good standing of our political leadership over there, if New Zealand were to forge stronger linkages to the EU through France, the mutual economic and strategic benefits appear quite real at this point. Fancy a glass of iconic Philipponnat Clos des Goisses to celebrate closing your next investment round?

Did you know ThincLab is part of an international network of incubators that includes ThincLab Châlons, in the Champagne region of France? Are you a knowledge based business in Canterbury and ready for global growth or investment? Contact ThincLab to find out how we can help.