All Aboard For Seaweed Science 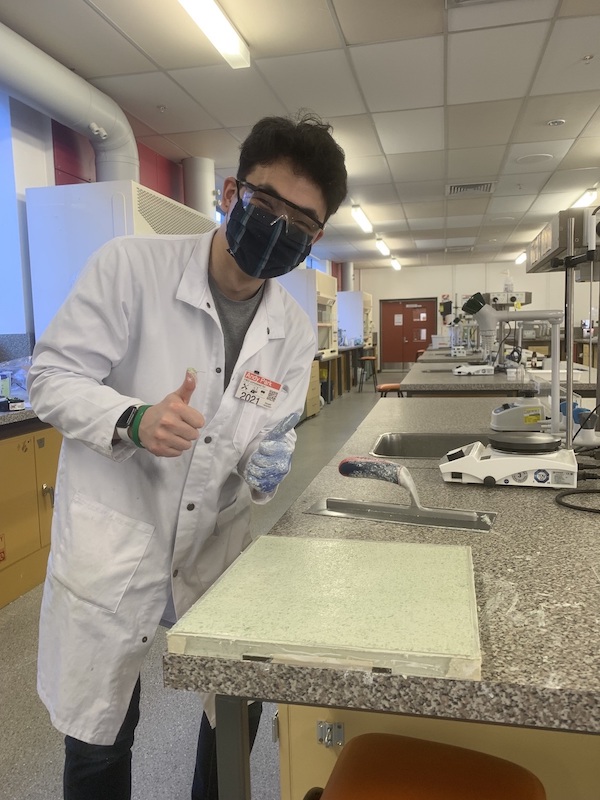 As a child, Andy Park says he was always interested in drawing, building and breaking things apart. It is hardly surprising then that he eventually discovered the answers to many of his questions through the world of science. Lately he’s been applying his ever-curious mind to decarbonisation of the construction industry.

SeaBoard is a fire-resistant plasterboard lining material made from processed seaweed. The product solves several “burning” problems right now with builders desperate to find additional sources of safe, clean and fireproof construction materials. SeaBoard not only has a much lower carbon footprint during production than traditional board, but actually sequesters carbon in the form of compressed seaweed.

Development of the product evolved out of Park’s University of Canterbury studies. Now as part of the Food, Fibre and Agritech Supernode Accelerator, Andy has received valuable advice on how to take the venture forward, including support from ThincLab Canterbury advisor Sean Whitaker. The programme has lifted his confidence and improved his overall knowledge on the business side, says Andy. Although it seems like the young University of Canterbury (UC) grad was on the right track from an early age.

Park emigrated from Korea with his family when he was a teenager. He cites his businessman father as a key influence leading him along the path of technology entrepreneurship. But he also credits Jony Ive, Apple’s lead consumer products designer as an inspiration. “Apple demonstrated that good product design can fundamentally improve our lives”, enthuses Andy. With the right partnerships in place, Seaboard could become a revolutionary and much sought after building product.

Things really took off with his 2021 success at the UC Innovation Jumpstart competition, just as he was completing his Industrial Product Design Bachelor degree. The School of Product Design sits within the highly regarded College of Engineering at the University of Canterbury. Andy was able to further his project over summer through a research assistant position with Dr. Dennis Pau looking into the thermal properties of different seaweed species.

The project is one of several submitted to the Challenge by UC researchers looking into sustainability and the transition to a greener, lower carbon economy. Now plans are underway to develop a final prototype and explore licensing options. Things are just warming up for Andy Park and his seaweed centred product design.

The Food, Fibre & Agritech Supernode Challenge is made possible with the support of ChristchurchNZ, KiwiNet and the Canterbury Mayoral Forum.